Φ-Geo is a research group dedicated to exploring topics in the philosophy of the geosciences (historical and current Earth sciences), broadly understood.  Areas of research pursued by Phi-Geo members include epistemological, methodological, and metaphysical issues in geochronology, paleontology, paleobiology, ecology, paleoanthropology, geomorphology, climate & paleoclimate studies, and especially issues related to philosophy of modeling and philosophy of data.  Below you will find group member bios, recent publications, and news.

Dr. Alisa Bokulich
Alisa is currently writing a new book Philosophy of the Geosciences: Data, Models, & Uncertainty, which draws on conceptual and methodological issues in geomorphology, stratigraphy, paleontology, and geochronology, with chapters on issues related to models, data, uncertainty, typification, and the philosophy of geologic time.  For further details see her bio and research pages.   (She pronounces her name ‘uh-LEE-suh’  ‘BEAU-coo-litch’)

fbocchi@bu.edu
Federica’s research mostly focuses on metaphysical issues in philosophy and in the history of the life sciences. She is particularly interested in exposing the conceptual and metaphysical assumptions embedded in scientific methods and practices. Her interests range from biological essentialism to causation and identity in eco-evo-devo and microbiology. She is particularly interested in paleoecology and paleodiversity, and is writing a dissertation on “Philosophy of Biodiversity: Conceptual & Practical Issues in Measurement, Data, & Conservation.”  (She pronounces her name ‘Feh-deh-REE-kah’ ‘BOKE-key’.) 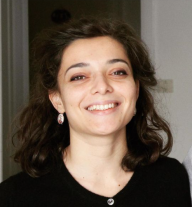 lcbrache@bu.edu
Leticia is interested in philosophy of climate science, paleoclimate proxies, and issues related to justice and values in climate adaptation & mitigation, especially for indigenous populations.  She is also interested in philosophy of biology particularly in animal consciousness and conservation biology. Some of her other interests are in feminist philosophy and Latin American philosophy, especially issues regarding identity.  (She pronounces her name ‘Luh-TEE-see-ah’ ‘Cas-TEE-yo’ ‘Bruh-CHeh’.)

https://www.ajawatkins.org/
Aja’s Google Scholar Profile
ajawatki@bu.edu
Aja is primarily interested in epistemological issues in the historical sciences, such as paleontology and paleoclimatology, as well as related topics in philosophy of biology and philosophy of the earth sciences more broadly. In particular, she is writing a dissertation on how we can use the paleoclimate as an analogue model for contemporary climate change. Aja’s other recent work touches on the topics of developmental biology, microbiology, and feminist philosophy of science. (She pronounces her first name ‘ASIA’.) 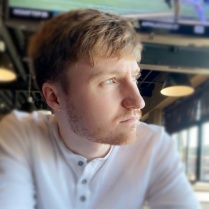 https://matt-brewer.net/
brewer@bu.edu
Matt is interested in epistemological issues in science, especially those in the philosophies of measurement and data. He is particularly interested in issues arising from the measurement and detection of so-called “unobservables.” Matt is currently exploring these issues and others as they arise in epistemic practices in the historical sciences. He is also interested more generally in the philosophy of biology, phenomenology, and Ancient Greek philosophy. He received his BA in philosophy from Fordham University.

Sarah is a PhD student in BU’s Earth & Environment Department, working on coastal geomorphology and sedimentology. She holds a B.A. in Philosophy from Boston University and also has interests in the philosophy of geosciences.

https://www.mohnesorgehps.com/start
https://www.hps.cam.ac.uk/directory/ohnesorge
Miguel is a PhD student in the Department of History & Philosophy of Science at the University of Cambridge working on the history of geodesy and philosophy of measurement.  He will be visiting our Phi-Geo Research Group in Boston for the Fall semester of 2022. 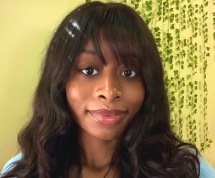 Gloria recently graduated from BU, majoring in Philosophy and Political Science. She is interested in the philosophy of science, environmental issues, and how past mass extinctions can inform us about endangered species today. Her other research has been focused on political philosophy, where she examines topics such as civil disobedience and theories of utopia. She is also interested in Africana philosophy and Feminist philosophy that specifically explores the existential significance of race and gender. She has received a UROP grant this year to pursue her research project on “Are We in a 6th Mass Extinction?  What Past Mass Extinctions Can Teach Us”.  (She pronounces her last name ‘Grahn-Pea-Air’.)

Henry recently graduated from BU, majoring in Advertising from the College of Communication. Henry is interested in the philosophy of paleontology, especially with issues of underdetermination in the fossil record, interpretations of unique structures of extinct lifeforms, and the evolution of first life. His passion stems from paleontology, and he created and has managed the Eons Ago Instagram account for over four years to showcase his extensive fossil collection. His recent work includes an interpretation for trilobite anterior cephalic projections through analogous modern arthropods.

Abstract: The aim of this symposium is to explore some of the key philosophical issues involved in the reconstruction of geologic time.  It will address methods for synchronizing the imperfect clocks of geologic time (Katherine Valde, Wofford College), strategies for reconstructing time from the missing stratigraphic record (Alisa Bokulich, BU), conventionality versus naturalness in delimiting the units of geologic time (Joeri Witteveen, University of Copenhagen, Denmark), methodological insights from shallow-time stratigraphy (Carlos Gray Santana, University of Utah), and the high scientific and social costs of failing to recognize the Anthropocene as a formal unit of the GTS (Hernán Bobadilla, University of Vienna, Austria). 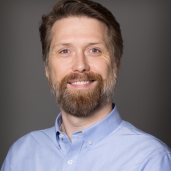 Website Patrick Forber is an Associate Professor in philosophy at Tufts University. He works primarily on philosophy of biology, with a specific interest in the ways we can use formal evolutionary models to facilitate inquiry into and reconstruction of the deep past. 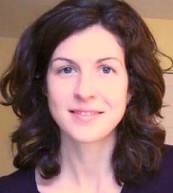 Website Wendy Parker is a Professor of Philosophy at Virginia Tech.  She works on philosophy of climate science, especially issues related to modeling, computer simulation, data, measurement, and evidence.  She is a contributing author for the 6th Assessment Report of the Intergovernmental Panel on Climate Change — IPCC Working Group I, a member of the recently-formed US CLIVAR Ocean Uncertainty Quantification Working Group, and she is Co-Editor-in-Chief of the British Journal for the Philosophy of Science

Website  Katherine Valde is an Assistant Professor of Philosophy at Wofford College. She works primarily in the philosophy science and philosophy of biology, including a specific interest in the relationship between fossil and molecular clocks in the measurement of geologic time. (She pronounces her last name ‘Vahl-Dee’.)